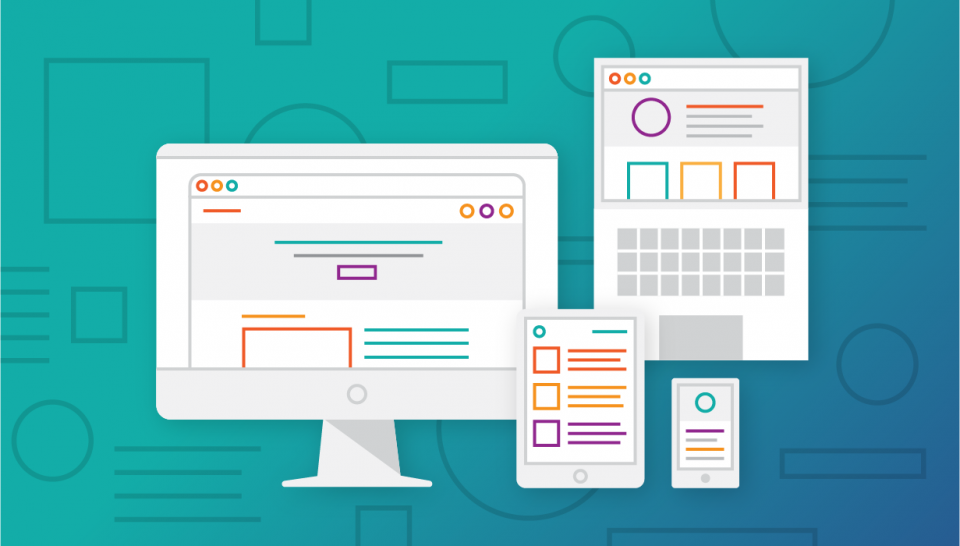 Is your house made of sticks, bricks or straw? We all grew up hearing the story of three little pigs and their mealtime interloper. When it comes to accessibility compliance, the false sense of security from sticks and straw just doesn’t cut it anymore. Your website needs to have the care, attention and planning to be built of bricks. If you don’t know how, this guide will help you get started.

As it applies to websites, “accessibility” is a blanket term for a set of website features that allow users to browse the site using assistive technology such as screen readers, Braille readers and text-only browsers. Because some users are not physically able to use a keyboard and mouse, care must be taken that the website is constructed in such a way that allows assistive technology to understand the functions and information structure of the site and translate those to users.

The Americans with Disabilities Act is broken up into three titles.

The ADA was created in 1990, before the internet was a part of everyday public life. As a result, it does not contain any mention of websites or the internet at all, and as of 2018, it has not yet been amended to do so.

What accessibility standards are you required to follow? It can get a little murky. Expect uncertainty and shifting requirements until regulations catch up to technology.

Despite this gap in the ADA, the Department of Justice has been very clear that they interpret the ADA to apply to websites. They have issued an Advanced Notice of Proposed Rulemaking to send the message that changes are coming. In the meantime, several lower courts have permitted lawsuits against websites such as Target and Netflix alleging discrimination under ADA law. Some of these cases have settled out of court, some were ruled in favor of the plaintiff, and some were ruled in favor of the defendant.

No case has yet gone to the Supreme Court, so we are in a situation where there is no clear legal precedent and it is up to the judge and the jurisdiction to determine in which cases the ADA applies to websites. We know that it does apply to the websites of public government entities. We know it probably applies to the websites of large companies who directly serve the public. We can make an educated guess that it does not apply to a cooking blog written by a hobbyist chef. Beyond that, though, the lines are murky—and they will continue to be for the next few years until the regulations catch up with the current technological landscape.

It is worth noting that despite all of the legal action that has taken place, there is no set of documented technical standards for what constitutes an accessible website under ADA law. This is in stark contrast to requirements for physical accommodations, where the law is very clear about exactly how many inches off the ground a handicap-parking sign must be mounted.

The federal standards for website accessibility are outlined in Section 508 (an amendment to the Rehabilitation Act of 1973) subpart B, last revised in 2000. As a law in itself, Section 508 only applies to federal agencies and their procurement processes. It explicitly states that it does not apply to entities that receive federal funding, and the General Services Administration (GSA) website even goes so far as to say that this is “contrary to what you may read on the web.”

However, in conjunction with other laws, this is not necessarily the case in practice. Under the Assistive Technology Act of 1998 (called the AT Act), any state that receives federal grant money to promote assistive technology is required to adhere to Section 508 guidelines, at least as it applies to the assistive technology provided by the grant. And according to the US Access Board, “many states have adopted or adapted Section 508 accessibility requirements in state law.” So while it’s not completely clear when it does and does not apply, and it varies widely by state, it is nonetheless important to understand what Section 508 requires.

Following are the technical standards as they apply to websites—skipping over some requirements for unused and archaic technologies such as framesets and imagemaps:

Other industry standards for accessibility

Section 508 was last amended in 2000 and things have changed a lot since then. The World Wide Web Consortium (W3C), who are considered the thought leaders for the internet and the developers of international standards for how the web should work, have put out a set of guidelines called the Web Content Accessibility Guidelines (WCAG), currently on revision 2.0 (2008), whose goal is to describe what accessibility should look like in today’s web on a global scale. Despite being released in 2008, this revised set of standards was written in a broad way without reference to specific technologies in an effort to remain applicable for a very long time.

More than 2,500 accessibility complaints have been filed with the Department of Education since May 2016.

A website only meets a compliance level if all of the criteria in that level are met. For instance, if a website meets all of Level A and part of Level AA, it is considered to be A-compliant only.

The WCAG is only a set of recommendations and has not been formally adopted as law. And the flip side of their broad approach to guidelines is that there is a lot of room for interpretation as to what constitutes technical compliance in a particular project.

Depending on the type of entity, accessibility requirements are enforced by one of two federal agencies.

Presumably, an accessibility complaint could instead be filed on the local or state level, or even directly with the organization itself. It does not necessarily need to be filed on the federal level with one of the departments above. However, the common practice among serial complainants (of whom there are several) is to go straight to the top and file them exclusively on the federal level without ever communicating their concerns with the organization itself.

False positives: issues detected that are not actually issues
False negatives: real accessibility issues that are not detected

It may come as a surprise that there are no legal technical standards for what constitutes having an accessible website. As a result, the complaint and resolution process is highly subjective. Most people filing complaints will use an automated site scanner to find pages that appear to be in violation, and the government agents reviewing the complaints will often use the same or similar tools to establish the validity of the complaint and escalate it into an investigation.  The parties involved will rarely use actual assistive technology in their evaluations in determining whether or not a site can be properly used by people who are disabled.

This creates a problem, since it is widely known among web developers that the automated tools are fraught with both false positives (issues detected that are not actually issues) and what we would call “false negatives” (real accessibility issues that are not detected). This shortcoming is acknowledged by WebAIM, whose WAVE software is a leading accessibility scanner and the one most widely used by the Department of Education, but it is buried in its terms of use.

However, many complaints continue to get escalated to investigations with no solid rationale behind them. Often a complaint will be very vague and will not reference specific violations, only certain pages on the site that were said to be inaccessible (which, as we have noted, does not have any technical legal definition and is thus entirely subjective), and any vagueness in the initial complaint is carried through to the overseeing authority’s notice of investigation. At no point is any specific technical violation pointed out.

The normal practice for complaint resolution involves the organization agreeing to each of the following steps:

This is similar to settling out of court. The organization may have a strong case for why they didn’t actually violate anyone’s rights, but it’s much easier and cheaper to just agree to a few things so the problem goes away. As a result, organizations often agree to adopt standards far more strict than they would otherwise have been obligated to follow if no complaint had been filed.

In March of 2018, the Office for Civil Rights issued a new version of the Case Processing Manual which was primarily designed to help alleviate the backlog of open accessibility complaints. They found that a disproportionate number of complaints were being filed by just three individuals, so one of the main rules they added was giving themselves the ability to dismiss the complaint if it is part of “a pattern of complaints” (Section 108(t)). They also allowed themselves the freedom to terminate investigations that were currently open if it is determined that the compliance concerns have been resolved (Section 503(a)).

As a result, based primarily on these two new rules, over 500 active investigations were able to be closed. All indicators now point to these complaints largely being a thing of the past, especially in K-12.

The important thing to remember, though, is that this is only a change in how the Office for Civil Rights has stated they will be handling the complaints from now on, in contrast to their previous policy of fully resolving each and every complaint. None of the accessibility laws themselves have changed, only the stated position on the enforcement of those laws. Accessibility is still just as big of a deal (and just as much of a legal obligation) as it was before the March updates.

We created a handy accessibility checklist for you to follow:

Disclaimer
We aren’t attorneys. Regulations, standards and enforcement practices are going to change as often as the seasons in the next few years. This report is our current understanding and may not be entirely accurate so don’t take it as gospel. If you want an expert opinion, consult your attorney.