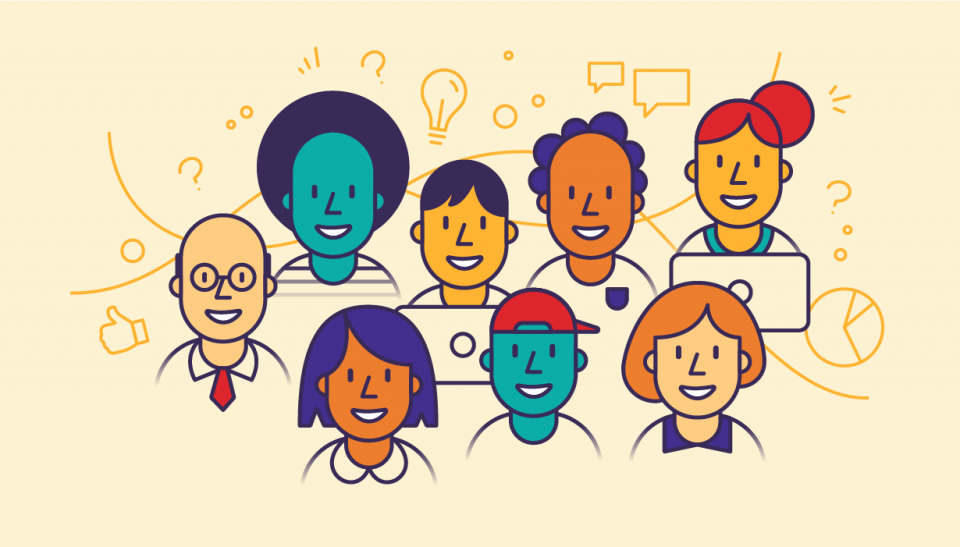 Committees are almost always challenging. They’re like the Molasses Swamp in Candyland. Sometimes you get hung up in the swamp for almost the whole game, and other times you skate right by. It all depends on a roll of the dice.

Some creative people despise working with committees to the point where they’d turn down the work just to avoid the hassle. Not me. I love them.

Here’s the thing: A committee is like a piece of salt water taffy. If you massage it, work it, and mold it just right, you’ll end up with something sweet. It’s unbelievably fulfilling to get the group thinking the same way and working in the right direction. But, there’s a real trick in nuancing the group just the right way for them to come together and create something truly legendary.

“Fail” is a strong word. I’ve been working with committees for a long time, and in my experience, it’s rare that a committee fails in the classic sense of the term—that the project is aborted because the committee couldn’t come to an agreement. But I have high standards for success, so I consider it a failure when a committee compromises and settles for something less than fantastic when they’re capable of so much more.

That said, here are some of the common reasons that a committee project can fail.

People have different tastes. They drive different cars, eat at different restaurants, and live in different types of homes in different parts of town. Here’s an example: in almost every instance when I’ve worked with law firms to build websites, the committee consists of three types of people: 1) the firm’s marketing team, 2) several younger attorneys who were chosen because they’re adept at using technology, and 3) a few senior members who are on the committee to ensure the younger attorneys don’t do anything idiotic. With such different backgrounds, it’s no wonder it can be so hard to get them to agree.

In almost every committee, there is someone whose sense of style froze in time about 15 years ago, as illustrated in the music they listen to or the decorative style of their house. If their favorite interior color is mauve and their music tastes include Captain and Tennille, Vanilla Ice or Cyndi Lauper, the best way to avert a train wreck is to know that up front.

Reason 2: People gravitate to their own personal design tastes

It’s inevitable that some members of the committee will project their favorite colors, style, and tastes onto the brand of the organization. One committee member prefers primary colors, for instance, so they think the creative direction of the project should follow suit. They can’t think of the company as a separate brand.

Passive-aggressives hold in their opinions for a long time, but when they blow, get out of the way! You can’t afford to let them keep everything bottled up too long. It creates nothing but discontent, infighting and contention—all things that guarantee failure.

Everyone in the committee needs to have a vote and express an opinion, but there’s often a Type-A personality that dominates the discussion. Whether it’s out of fear or exhaustion, the rest of the committee will step out of the way and allow this person to charge forward and take control of the creative direction of the project.

A lack of clear objectives is the kiss of death for committees. What are we here to accomplish? When are we done? Are we working on something that’s meaningful? No one likes busy work. Schedule meetings only when you’ve got substantive stuff to talk about.

If everyone in the group isn’t committed to the process, it’s not going to end well. The few who care will end up doing the work. I learned a valuable lesson in college while I was in a market research class. The others on my team weren’t as committed to our big project (which is to say, they didn’t feel the same need to get a good grade). When I appealed to my teacher for guidance, she said that’s the way life was and I could either pick up the slack or settle for a lower grade. I wasn’t happy about picking up the slack, but didn’t have any options. Committees are class projects for grown-ups. Give assignments to those that will execute. Avoid inviting anyone to your committee if they aren’t excited to contribute.

Reason 7: The rule of thirds

Many times it’s this last group that is the most outspoken because they’re type-A, driven and busy. Not good.

How to succeed with committees

1. Define success before you start.

You might not know exactly what the finished product will look like, but you need to understand what will define success.

2. Identify your goals and metrics.

You can’t define success unless you identify goals and metrics. Whether it’s a marketing initiative or a website, identify goals and get everyone to buy into them. You need to have big, tangible goals as well as smaller, stepping-stone goals that get you there. If you’re a business, your ultimate goals are usually wrapped around revenue generation, talent acquisition or customer support. Smaller goals to get you there should be built around engagement, number of visitors, depth/breadth of relationships (social media engagement, time on page, how often they read your blog), how many potential clients you’re talking to, etc. Doing this is mapping out your interaction design engagement strategies.

3. Point everyone in the same direction before handing out the oars.

At Juicebox, we do some pretty unique, clever and creative things to create cohesion, prompt participation, and make the experience fun, while at the same time working to mediate potential personality conflicts before they erupt. Do this and you avoid the Molasses Swamp.

4. Pick a vendor that understands how to work with committees.

If an agency you’re considering seems a little arrogant or aloof when you’re interviewing them, how will they react when you committee doesn’t agree with their approach? They’re going to get testy, defensive and arrogant. You’re just asking for trouble.

5. Recognize that people aren’t always experienced at what they’re doing on the committee.

In a creative project such as a website, the committee members are asked to evaluate the design, work through branding elements, and craft the message through written content. Unless they work in the marketing department, this isn’t the type of thing they do every day. Most committee participants are practicing law, running operations for a company, building a product, or trying hire and manage a workforce. They need to be nurtured and must be allowed to evolve in their thinking during the project. We do something amazingly unique in this regard (see house rule #2).

Everyone needs to be able to share their opinion openly. If you know that some people aren’t going to get along, break the group into smaller subgroups until those people can speak more openly. Once they’ve had a chance to develop and refine their thoughts, it’s easier for them to communicate with the people they don’t see eye to eye with. Have them work out their differences in a small session and then bring the larger group back together. When committee members disagree, their frustrations don’t disappear—they fester.

7. Avoid email to discuss anything important.

One problem with email is that it doesn’t convey emotion well and can be easily misinterpreted. If you’ve got something important to say that could potentially be misunderstood, it’s better to talk to someone in person. The other problem with email is that it’s easy to ignore. It’s all too common that a group email will be sent to the committee asking for everyone’s opinion, but only one or two people will respond with any insight.

We’ve put a lot of work into the process that we take committees through, so if you need some help, just call us. We’ll bring the juiceboxes.